Activities For The Sicilian Outdoors!

What Activities are Available On My Sicilian Holiday?

Sicily is simply a fabulous retreat when you want to get away from it all. With its incredible climate, deliciously traditional food and gorgeous scenery you can’t go far wrong on a holiday here. If you’re looking to be more active than simply laying on one of the many tranquil beaches, then this is just the place. The range of outdoor activities in Sicily are all-encompassing and open up a host of opportunities to explore the grumbling volcanoes, glorious coastline and stunning nature reserves and well as some other cultural gems.

Treks and tours around Etna are very popular indeed. There are two treks that leave from Piano Provenzano on the northern slopes which lead to Pizzi Deneri and the volcanic observatory at 2800m or up to the main crater at 3200m.  Both offer the most incredible views of the Nebrodi, Madonie and Peloritani mountain ranges.

The southern slopes offer treks from Rifugio Sapienza where you can take the cable car and walk 2km up to the four craters; Bocca di Nord-Est, Voragine, Bocca Nuova and Cratere Sud-Est.

For those with no head for heights, there is a vast wood which is filled with pine, birch and larch trees which offers wonderful walks in the fragrant and shady woodland.  Downhill and cross country skiing is available on Etna between December and March with over 3.5km of runs to enjoy.

Trekking up to the crater at dusk on Stromboli is always a magical experience. With its constant spray of liquid magma, crater explosions occur around every 20 minutes so you will get to enjoy a 45 minute natural fireworks display against the night sky.  Not for the feint hearted, this is a punishing trek, taking 3 hours on the way up and 1.5 hours on the way down!

There are no national parks in Sicily but there are 79 regional nature reserves, six marine protected areas and one protected wetland.  These sprawling parks are huge and you should dedicate at least 3 days to explore and thankfully most offer accommodation and sustenance, to keep you going. 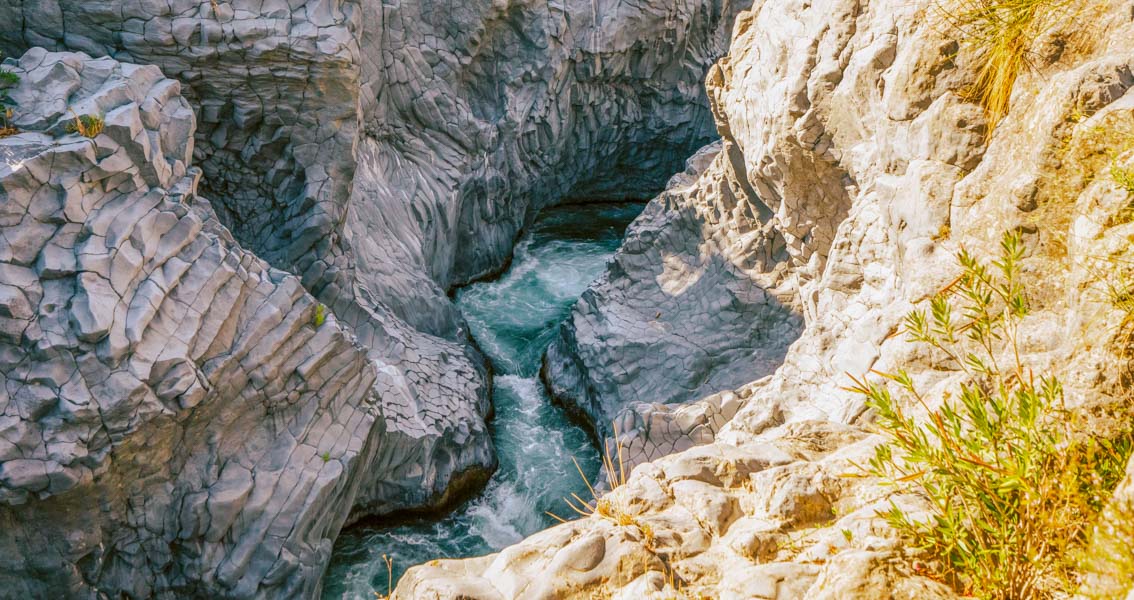 This 25m high natural gorge is bisected by the ice cold waters of the Alcantara River. Its name is derived from the Arabic al quantara which means bridge. This stunning symmetrical rock formation was created by the lava flow from Etna as it hit the water and caused a splintering effect resulting in the magnificent lava prisms we can see today.

There is a 224 step staircase to reach the bottom or a lift for the less mobile and waders are available for hire so you can splash around in the icy waters or simply catch some sun on the surrounding banks whilst you take in the beauty of this canyon. There is also a further 3.5km of nature trails to explore here. 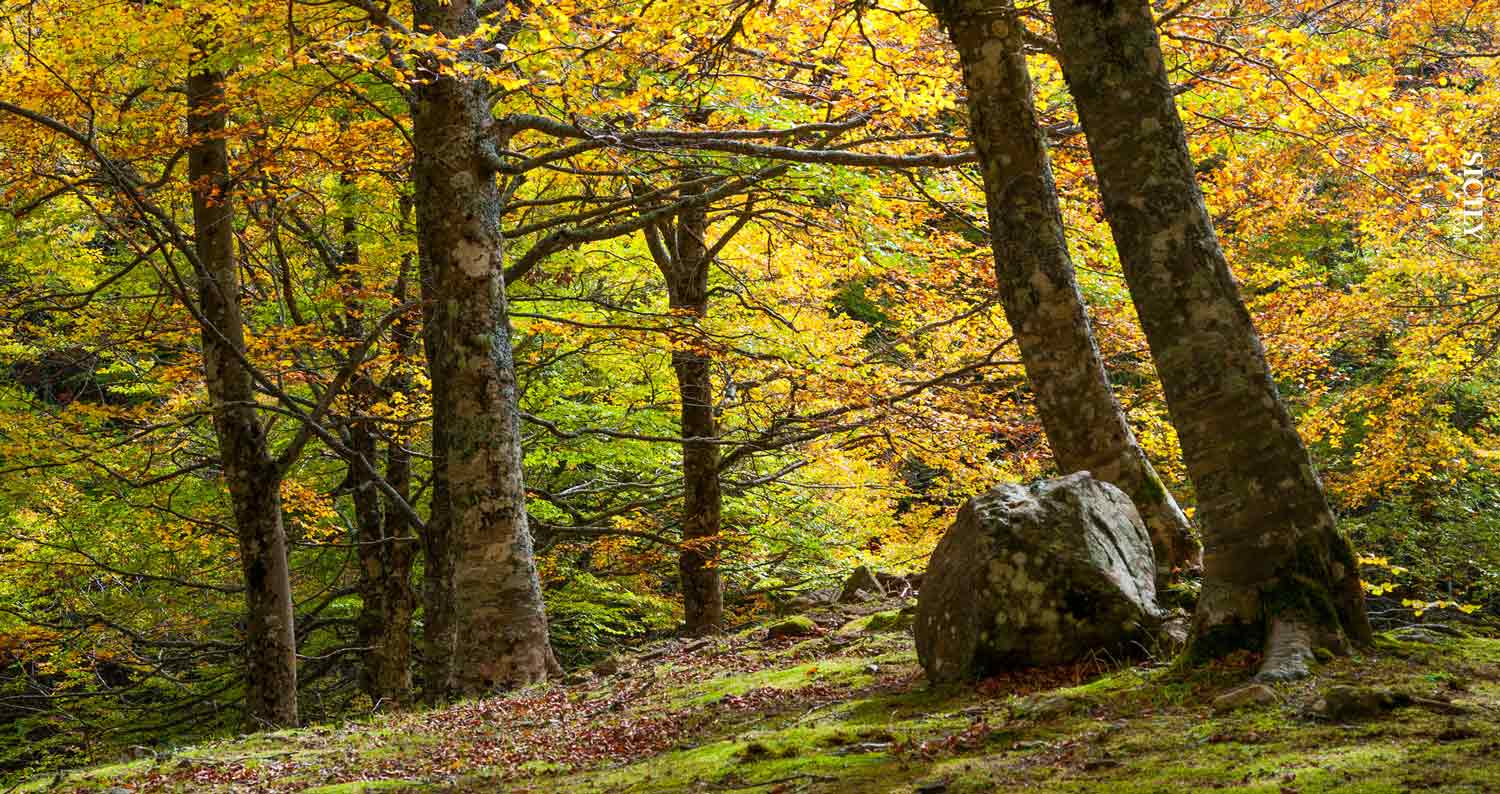 There are very few inhabitants which means Nebrodi remains as unspoilt as possible, but the higher pastures are where the local agricultural communities can be found hard at work, harvesting mushrooms, churning ricotta cheese and tending to their gently grazing cattle.

Rocche del Crasto is worth a visit. You will find ancient crystalline rocks that take on different colours depending on the reflection of the sun’s rays with shades ranging from red to green.

The Botanical Gardens of Palermo are among the oldest modern centres for botanical studies in the Mediterranean. These gardens offer a greenhouse, seed and dried plant repository, catalogue archive, and more than ten hectares of outdoor gardens surprisingly located in the busy centre of what is today Sicily’s largest city. It is home to hundreds of tropical and semi-tropical plants from around the world and it plays an important part of cataloguing and conserving the wild plants found in Sicily.

The Villa Bellini is the largest and also most beautiful park in the centre of Catania. The park was completed in 1883 and is located north of the city. It is inspiring because of its varied design and the many statues of famous people of Catania. The lovely city park includes several green areas, a staircase and two hills, from which you can enjoy a beautiful view of Catania. Another attraction is the Botanical Clock; a date display of flowers, which is replanted daily.

Latomia del Paradiso is a limestone quarry full of huge hollows and caves. In Greek times, the quarry was vaulted by a ‘roof’ of earth that collapsed in the 1693 earthquake, leaving it open to the sunlight and was then planted with fragrant orange and olive trees, via the northern site.  Now this charming and beautiful spot serves as a park for Syracuse city residents and visitors, as well as a point of some curiosity.  People come from all over to hear echoes inside the caves caused by a strange acoustic effect; the cave soon became known as ‘the speech cave’.

Vulcano’s Laghetto di Fanghi is a very popular spot with Sicilians and tourists alike.  This large area of sulphurous mud has long been considered to be an excellent treatment for skin conditions and arthritis.  It’s not a good idea to go in your newest swimsuit as the smell of sulphur will never quite leave! Smearing yourself with this health-enforcing mud for about 10-15 minutes does wonders for the skin and you can finish off your treatment with a Jacuzzi in a natural hot bubbling seawater spring. However, this isn’t suitable during pregnancy.

San Vito Lo Capo is one of the biggest climbing areas and home to the great walls of Monte Monaco and Monte Cofano. These beautiful walls attract avid adventurers from all over Europe because they are very close to the sea and even in autumn it is still possible to climb.

There are almost four hundred routes perfectly nailed on good rock and is open to children, beginners and the most experienced of climbers. Every year, in San Vito Lo Capo there is the San Vito Climbing Festival, an international meeting of sport climbing as well as trail running, mountain biking and kayaking.  This is an event of international tourism that attracts hundreds of participants from all over Europe.

Riserva Naturale dello Zingaro was established in 1981 as Sicily’s first nature reserve. This tranquil place attracts a growing number of nature lovers and outdoor enthusiasts year on year to come to experience its wild coastline, which is home to the rare Bonello eagle along with 40 other bird species and 700 varieties of plants. The hillsides are dusted with flora and there pretty little coves in which to paddle and swim.