A Window into the Sicilian Baroque Art & Architecture

Ragusa is a fascinating city rich in history and impressive ancient monuments.

The charming city of Ragusa is situated on the southern coast of Sicily on the slopes of a hill.  The city owes its beauty not only to the stunning surrounding countryside but also to a natural catastrophe. After being devastated from the deathly earthquake that tore down most of the Val di Noto towns in 1693, the city was rebuilt into the picturesque baroque city we see today.

Ragusa is now divided into two: Ragusa Superiore, that sits on top of the hill, and Ragusa Ibla (the old town), that is on the lower part. The first one was rebuilt after the earthquake on a higher, more levelled ground  nearby on a structured street layout. The aristocrats of the ancient town did not want to move to the new location so they decided to rebuild their palazzi on the ruins of the old town.  While visiting this charming village, don’t forget to take a stroll along the beautiful promenade between the churches to admire the stunning views and sites hidden in every corner.  Indulge in the slow paced lifestyle and allow yourself to carelessly wonder its beautiful old streets. 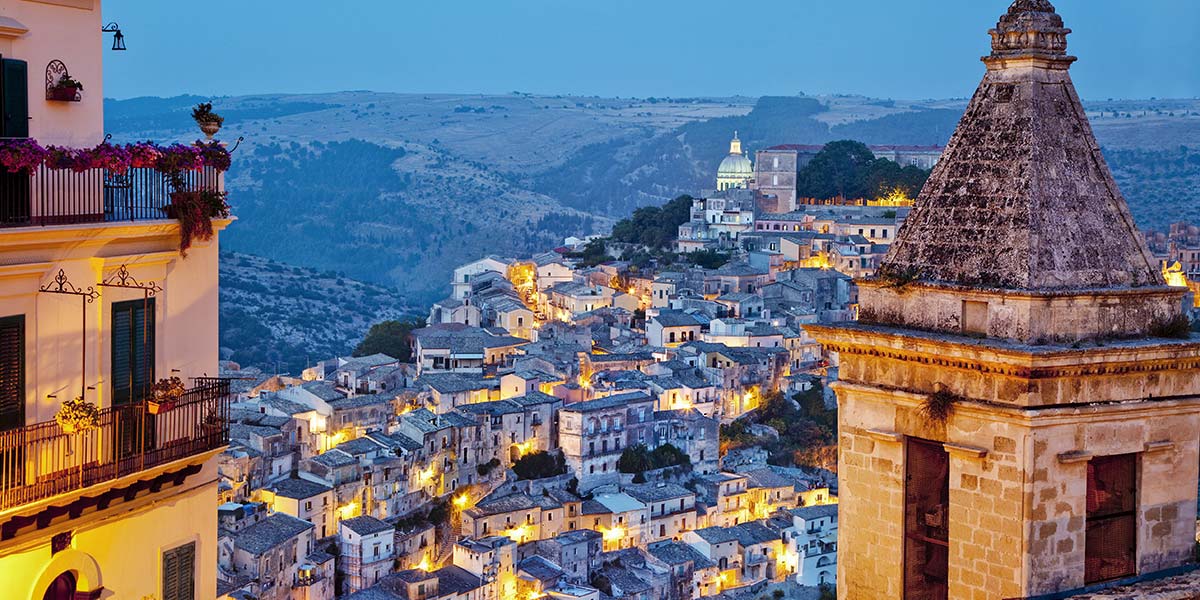