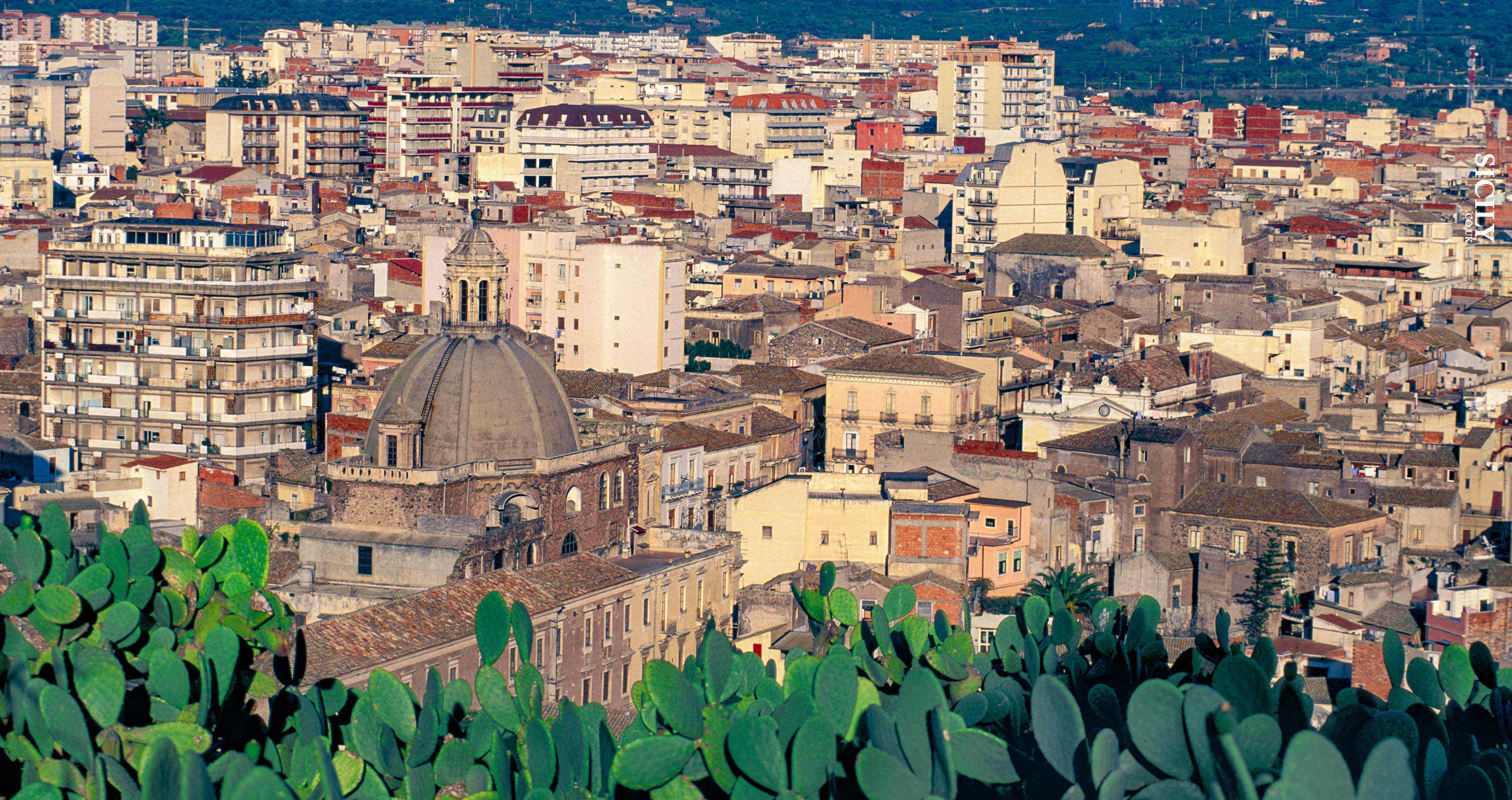 Paternò is an ancient village located in the province of Catania well known for its wonderful Norman Castle and Pietralunga Roman Bridge.

The foundation of Paternò is dating back to the Sicani domination who built the current town on its volcanic area. Later, Siculi conquered the village in the 4th century BC naming it Hybla Gereatis. They took advantage from its fertile territory to extract lava rocks creating working tools and grinders. Various historians have formulated various theories on what might be the origin or the meaning of the name of the village. The first theory explains that it derives from a Byzantine word and the second one says it derives from the Greek word “Ep-Adernòn” which refers to its proximity to the Greek village called Adernò.
The most important monuments of the area are the Basilica of Santa Maria dell’Alto which displays a wonderful Romanic style; the Church of Santa Barbara, a sacred building erected in the 16th century, has a majestic facade enriched by stuccos and decorations. The church has one nave with a Greek cross plan completely covered by impressive frescos and stuccos. Here it is possible to admire the relics of the saint with a collection of golden jewellers donated by faithfuls; the Norman Castle, considered the symbol of Paternò, is located on the top of the hill where visitors can enjoy a stunning view of the surrounded natural environment and its coastline. It was built on the ruins of an ancient Arab fortress and Normans used the Castle as an important stronghold from which they could protect and monitor their colonies and the Roman aqueduct. The castle also includes the Chapel of San Giovanni Battista which was considered as a fascinating example of religious Norman building dating back to the 13th century.

Close to the village, tourists can visit the ruins of a Pietralunga Roman bridge which is one of the most complex construction made by Romans in Sicily; it is 23 km long and was built to meet the high water demand of Catania useful for the many spas and the Naumachia, a building used to show the naval battles.

Get on A18 ME-CT, exit Misterbianco and take SS121, exit Paternò.

Filters
Nearby Towns in Catania