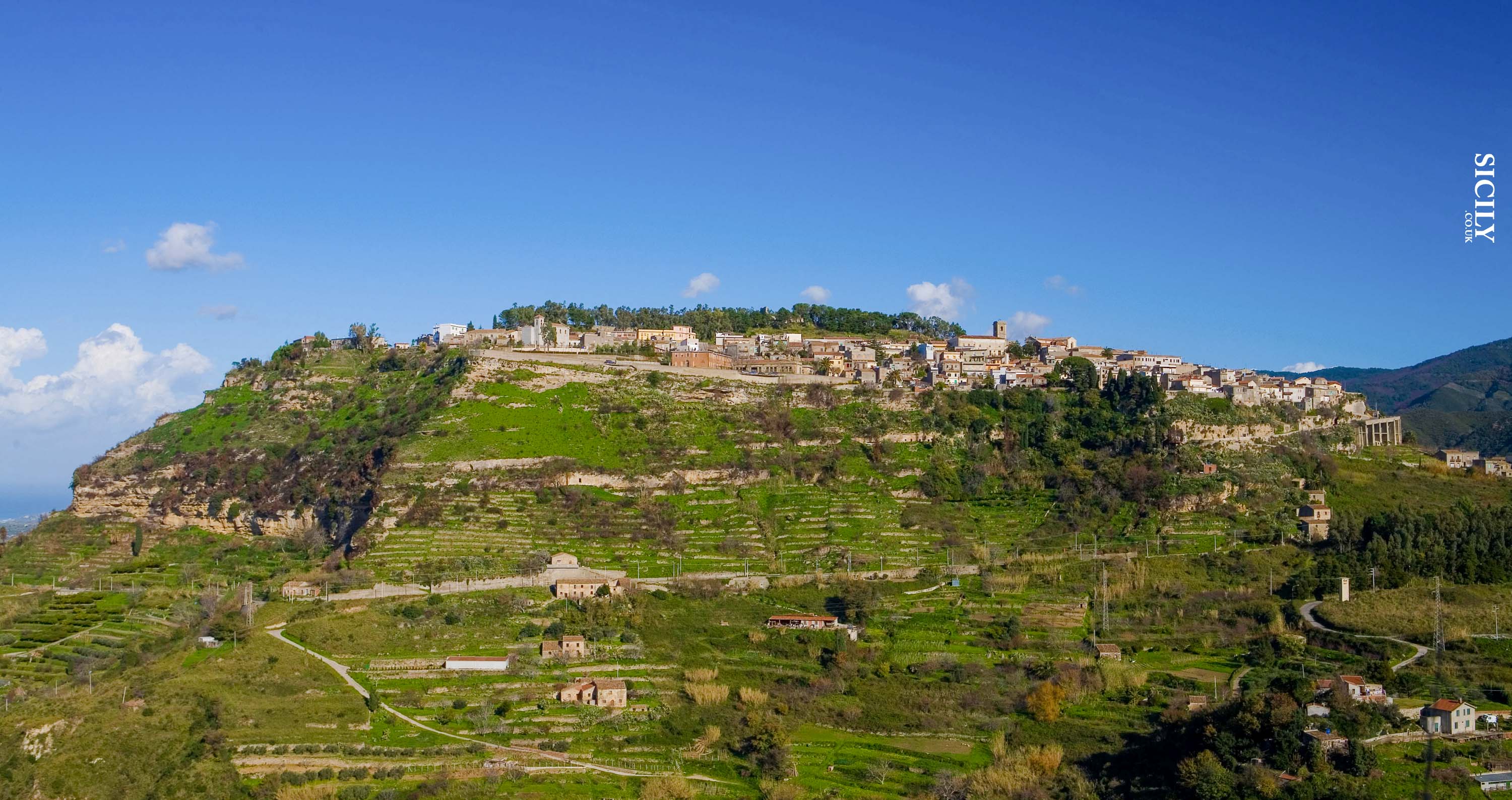 Rometta is part of the Province of Messina and it has a very interesting ancient history.

The village of Rometta originates in 4,000 BC. It was conquered and inhabited by Arabs who constructed the main fortress of the village after a violent battle. Later in 1038, it was acquired by George da Maniace who built the current old town centre. Like most of the nearby towns, it was conquered and inhabited by many civilisations until the Kingdom of the Two Sicilies and the unification of Italy with Graribaldi and his Mille.
The most important monuments of the village are the Mosque of Rock; the Church of S. Maria dei Cerei, built between the 5th and 6th century, has a stunning main portal characterized by a later Renaissance style.

Get on A20 Messina – Palermo, exit Rometta