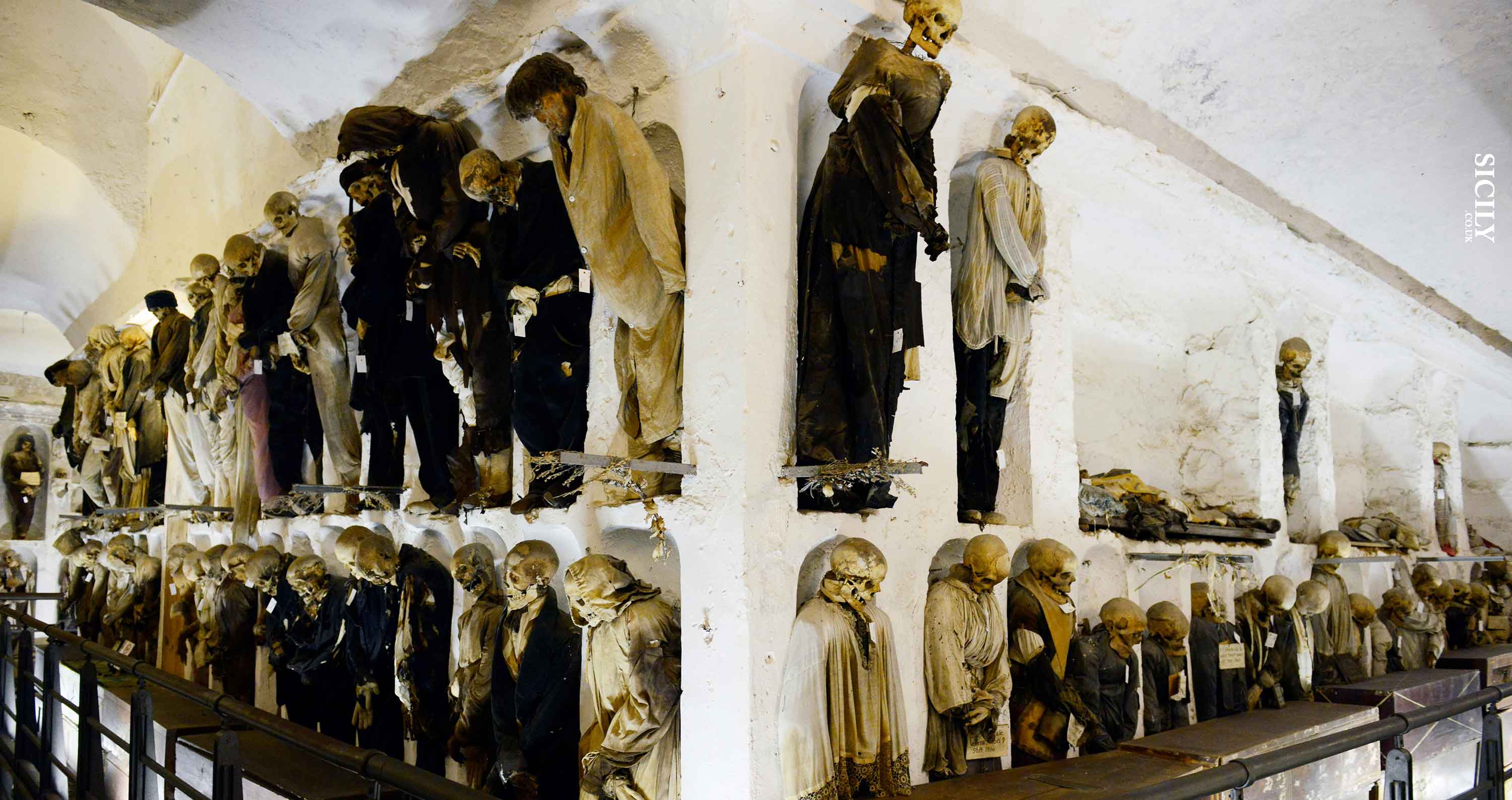 The Catacombs are a top attraction in Palermo displaying over 8000 mummified bodies.

When your thinking about visiting catacombs you often imagine that you will be seeing big monumental tombs covered in fancy decorations and of worship to some  important historic figure or religious saint. Not here in the Cappuccini Catacombs: this burial site displays over 8000 mummified bodies of Palermitan’s dating between the 17th and 19th century still wearing their best clothes!
The four long limestone dark corridors underneath the Cappuccini Church are the site of a macabre tourist attraction. You are kindly asked not to take photographs down here to not disrespect the dead but as most people who visit are fearless tourist you will often find them posing with the dead.

What you notice as soon as you enter into the Catacombs, the walls are covered in mummies blackened by time. Friars, soldiers, everyday men, well-dressed ladies, virgins, whole families all have their own separate area in this “human library’ of the dead.

As horrific as it sounds, this site is actually very interesting to witness the testimony of Palermitan’s uses and costumes. The two things that immediately strike your attention when you first enter are the rather intact clothes and facial expressions. The details on the garments represent the style in Palermo in that period- the laces and dresses still retain their details. The faces instead looked all in awe, still maintaining their own personal expression.

The practice of mummification that had started here in 1599 was banned in 1920 and consequently the methods we’re not handed down through the generations and have now been lost.  One of the last people to get buried here is a little two year old named Rosalia Lombaro who became famous for how well preserved she still is and for this has earned the nickname of “Sleeping Beauty”. Fun Fact: then famous painter Velasques is buried here.

Address: Via Pindemonte c/o Crypts of the Church