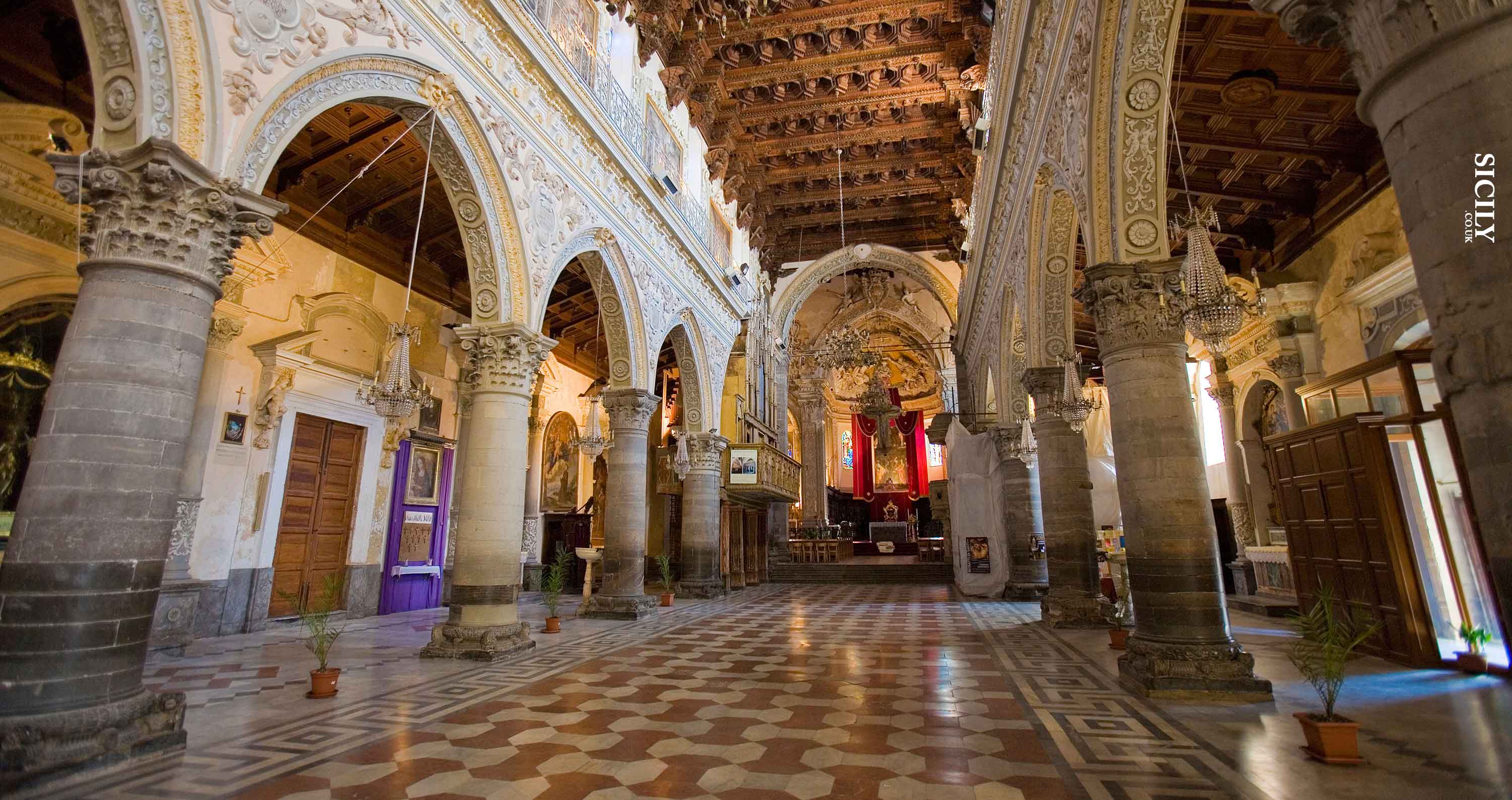 The Cathedral of Enna became a National Monument in 1943 by the will of King Vittorio Emanuele III.

The Queen Eleanor of Anjou, wife of Federico II of Aragon, commissioned this cathedral as she was a devotee of the Virgin Mary. She was also aiming to replace the worship of the goddess of harvest, Ceres, which was highly praised amongst the people of Enna for centuries.

It was built on the high part of the city, placing itself in the middle of it on what later became also the main street, Via Roma. In front of the church they also built a large square, Piazza Mazzini, justified by the fact that Christians need large open spaces to participate in the holy festivities.

In 1943 the Cathedral of Enna became a National Monument by the will of King Vittorio Emanuele III. With its mix of Gothic-Catalan style, with Renaissance and Baroque, this Duomo has a little on show for everyone. The stained glass windows are particularly beautiful in this Duomo where you can also enjoy the lovely paintings along the walls and a quiet atmosphere.