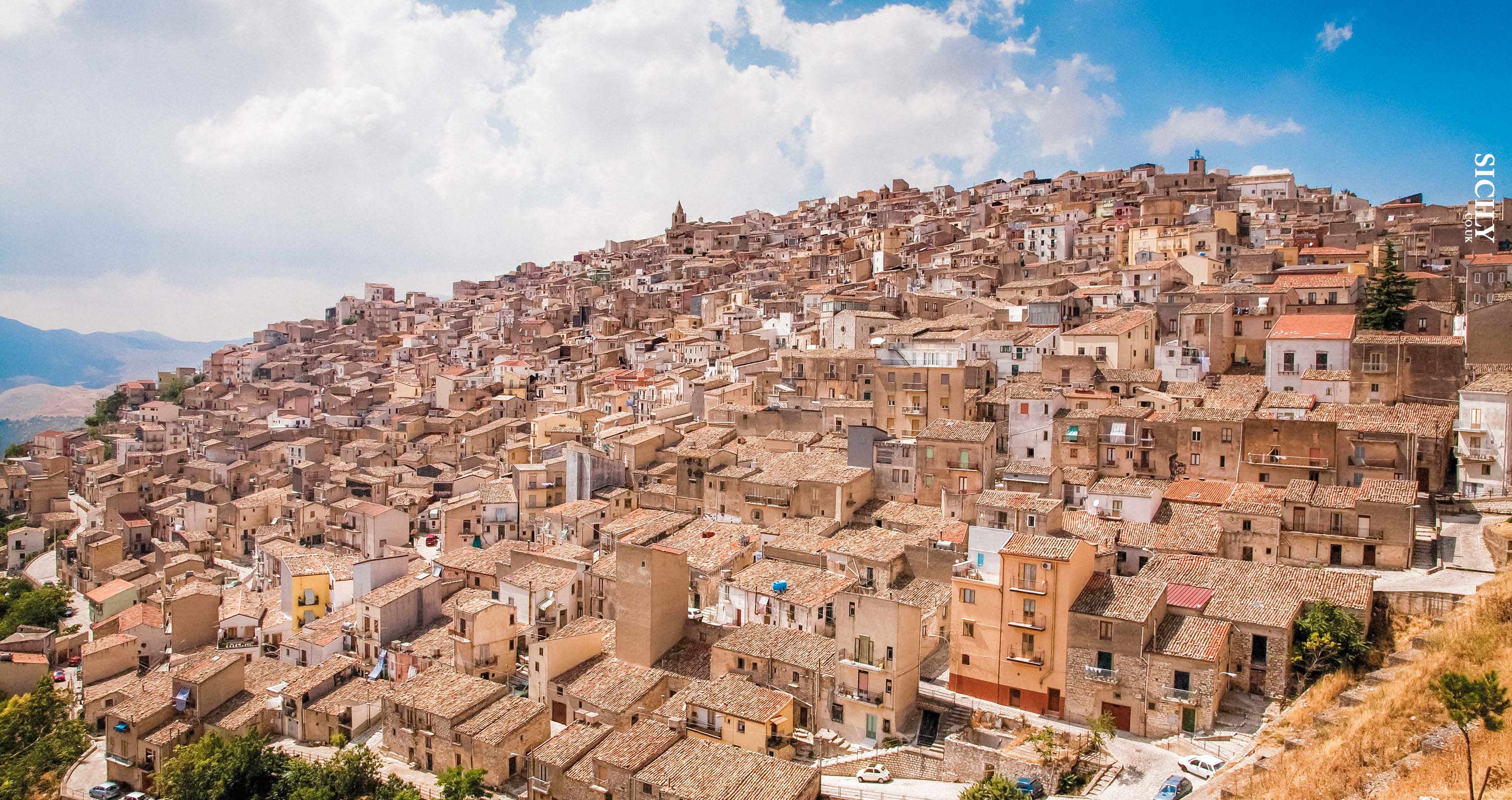 Prizzi, located on the top of the Sicani Mountains (1000 meters above the sea), is considered one of the highest village in Sicily. Thanks to its amazing location it offers a breathtaking view of the island where it is possible to admire the Sciacca’s coastline framing by the Mount Etna. The first settlement was created by Greeks in 260 BC and its name comes from a Greek word “pyrizein” which means “fire”. Thanks to its well preserve environment, its florid agriculture and its abundance of grazings this tiny village prospered becoming very popular over time.

The most important monuments of the village are:

The Castle, built in 745 BC with a Byzantine style;

The Archaeological museum; The Murales are impressive works of art made by local artists such as Totò Bonanno, Franco Nocera and Mario Bardi, which cover the main walls of the downtown centre; The Ethno-Antropological Museum displays an impressive collection of artefacts and ancient objects; The Castle of Margana, built in the 14th century; The church of SS Crocifisso, placed in the old town centre, is one of the oldest church of Prizzi.  The Church of San Leonardo, built in 1500.

Close to the village it is possible to visit two beautiful green areas:

the Nature Reserve of Monte Carcaci, established in 1997 and managed by the Demanio Foreste to protect the typical Mediterranean vegetation and the natural habitat of the tiny red woodpecker;

the Nature Reserve of Valle del Sosio, located between the provinces of Agrigento and Palermo, was created in 1997 to protect a rich ecosystem of natural aquifers which is the ideal habitat for some rare birds such as Bonelli’s eagle, the kestrel and the red kite. It also includes the typical Mediterranean oaks and maples forest.

It is famous for:

The poet and writer Vito Mercadante

The engineer and physicist Giuseppe Vaiana

Take SS624 to Strada Provinciale 2/SP2 in San Cipirello. Take the exit toward San Cipirello/Partinico from SS624. Take SP4 to Via Salvatore Aldisio/SS118 in Corleone.

The nearest station is Roccapalumba-Alia (30 Km)

Filters
Nearby Towns in Palermo